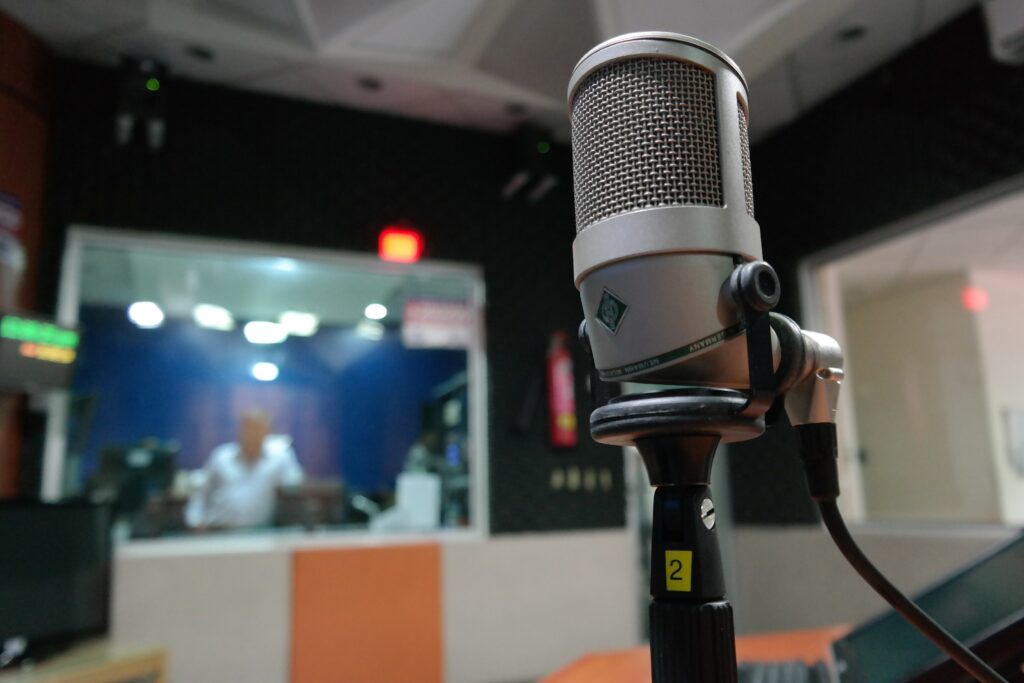 As a highly-sought after female voiceover talent, Melissa Barber loves to lend her voice to videos, games, books, online greeting cards and commercials. Versatility is key to delivering the best in voiceover and narration, and Melissa has the skills to voice a serious medical video, a zany cartoon or a traditional audiobook.

Melissa has recorded character voices for online greeting cards created by American Greetings, as well as video narration and event announcements for clients such as Eaton Corporation, Sterling Jewelers, Cleveland Clinic, KeyBank, The US Bureau of Land Management, Nestle Professional and many more.

Purpose Productions records and posts files for your audio engineer/editor via FTP all in the same day. Clients can listen in and direct the session or leave the production in the capable hands of Melissa, who is also a seasoned producer/director of video and interactive applications. With her own small studio, as well as access to the best commercial studios in Cleveland, Ohio, Melissa Barber can record your scripts efficiently and respond to updates/script revisions promptly.

You need an experienced female voiceover talent for your project. Contact Purpose Productions to submit your script for an audition or book a session.